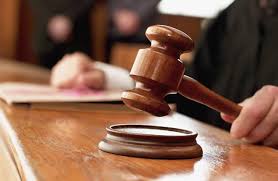 COURT reporters, what are they then?

Well you may ask, because if you believe reports of the industry, they are a dying breed.

But then, they were dying back in the days I was numbing my backside on the press bench of Wrexham Magistrates Court as a wet-behind-the-ears junior reporter on the Evening Leader.

It is true that as the regional press has de-staffed, sorry, management-speak, cut jobs, increasingly the dedicated court reporter posts have decreased.

But the courts do still get reported, and my first editor, Reg Herbert, who would demand ‘every cough and spit’ from Wrexham Mags, I still believe that they are the best free show in town. All human life is there and it is no coincidence that Dickens was a court reporter, his novels populated by the characters he came across in the courts.

If you are a junior reporter heading to court for the first time, or a blogger who has spotted a gap in the market, here are seven deadly sins all court reporters should avoid…