AFTER a long campaign, the offence of ‘upskirting’ finally received the Royal Assent and became law on February 12.

It will come into effect two months from that date, so from April 12 it will be possible for people to be charged and prosecuted for the offence under The Voyeurism Offences Act 2019. Someone committing this offence can face up to two years in prison.

This change in the law came as a result of  a campaign by Gina Martin, who was a victim of this when she was at a festival in 2017.

The offence includes taking or recording an image for sexual gratification or to cause humiliation, alarm or distress – so this covers those who capture such imagery ‘for a laugh.’ The law does not specify a male or female victim, and can be committed against any ‘person.’

This is a sexual offence and it is an extension to the offence of voyeurism as set out in Section 67 of The Sexual Offences Act 2003.

This means that complainants in this offence have anonymity under Section 1 of the Sexual Offences Amendment Act 1992.

Note that the anonymity applies as soon as ‘an allegation has been made’. Very often that will be to the police, but the law does jot actually specify that it has to be to a police officer. So a complainant can be anonymous as soon as they report the matter to a friend, doctor, teacher – in effect any third party.

The law says that ‘no matter’ should be included in any publication that would identify them as a victim of this offence. Any publication would include social media.

Anyone reporting this offence needs to take care. Complainants have automatic anonymity as soon as they report the offence to anyone.

Anonymity is not simply about keeping a person’s name, address, or picture out of a report. It requires you to remove any detail that might allow someone who knows them to identify them from what you publish.

Complainants can waive their anonymity, such a waiver should be obtained in writing and without any duress.

Little addendum to the above. It would now seem that the upskirt photo, as practised by a certain section of celebrity photographer, often when the subject is exiting or entering a limo, and sometimes referred to as a ‘wardrobe malfunction’, will be illegal from April 12. 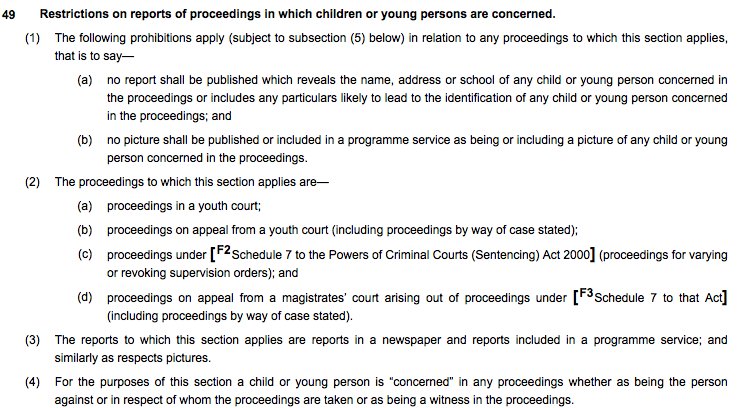 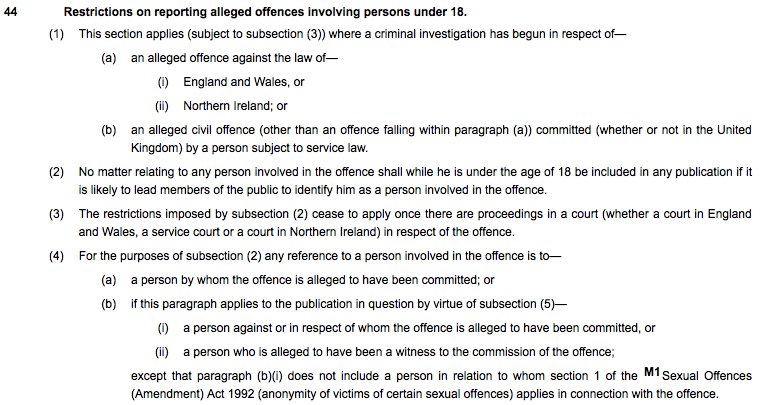 I have been receiving a number of requests for guidance and training about the effects of the Defamation Act 2013.

The Act introduces a number of changes, but website operators are particularly interested in the impact it could have on them and the people who provide user-generated content for their sites – their community.

The Act, and in particular, its Section 5 defence changes the way in which websites respond to defamatory posts placed there by users. Whereas before a notice and takedown procedure, based on a European Union e-commerce directive, would evade liability on the part of the website, now in some circumstances, there is a requirement to give the claimant the details of who it was who posted the libellous material. However, if the poster is easily identifiable and contactable from details on the site, it may well be the operator need do nothing as the action lies between the claimant and the poster.

This shifts responsibility for defamatory posts from the host site onto the poster, which ought to reduce liability for websites. However, if a website operator wants to use the Section 5 defence and the poster details are not readily available, they need to comply with some tight deadlines, often just 48 hours, in responding to the claimant and giving them the details of who it was who posted the defamatory content.

So you may need to hand over details of your users – members of your community – to a libel claimant. This could change the nature of your relationship with your online community, many of who may be relatively unaware of the laws of libel and other legal risks they can incur.

Some websites are beefing up their registration procedures and T&Cs to take account of these changes, as well as offering guidance to their users on the main legal problems they may encounter. Others may want to stick to their original practice of takedown on notice. Deciding which procedure you want to adopt depends on the nature of your website and the conversations that it carries.

This is where I come in.

I have been writing guidelines for a number of organisations as well as providing training for moderators and community managers in the Defamation Act 2013 and other laws relevant to their role.

If you want more information about the services I provide in this area, contact me at davidbanksmedialaw@gmail.com

A one-day course covering the basics of media law that can affect anyone publishing in the UK either in print or online. It includes areas such as libel, contempt, reporting the courts, sexual offences, children, privacy&confidentiality, copyright and ethics in light of the Leveson report and recent decisions made by Parliament and the newspaper industry.

If you would like more information, or want to book a place on any of the courses, email me at davidbanksmedialaw@gmail.com

I am running a media law intro/refresher in central London on April 25, more details on the Training Dates page, link above.